Founded in 1981 in Curitiba, Paraná, soon consolidated in Rio de Janeiro and São Paulo. In the following decade ensured it´s market leader positioning in Brazil specializing in diverse segments of private parking. Besides that, joined consortiums that made the main public concession underground garages possible.

Pioneer in the segment, Estapar brought first to Brazil technological services as automation to parking operations. Stablished it´s differential with the exclusivity contract with the biggest car insurance company in the country, Porto Seguro.

In the latest years, settled it’s leadership process in Latin America assuming large-scale operations in both public and private concessions in the main airports, atop the biggest sports arenas in Brazil, leading several segments as hospitals, universities, high standard commercial buildings, shopping malls, among others.

With approximately 5.0 thousand employees, we are currently present in 15 estates and in more than 70 municipalities with approximately 400 thousand parking spaces in 650 operations, beyond 20 Digital Zona Azul (On-Street) cities.

Expand and consolidate leadership in parking and expand operations in urban mobility, with a consistent offer of solutions and a relevant presence in major cities

Develop, Implement and Manage parking lots and solutions that facilitate urban mobility, improving society's quality of life and generating superior returns for its customers and shareholders

Estapar is made by people who move the company every day. By understanding the importance of each one to the conduct of the business, we value all employees for their trajectory and commitment

Leadership must set an example and inspire the team. Managers have a fundamental role in the execution and correct dissemination of the company's strategies. 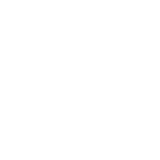 Do you serve your customers as you would like to be served? We always need to focus on customer satisfaction in any decision. Whether internal or external, this audience must guide our attitudes in our daily work! 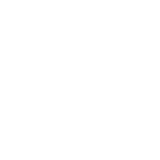 Focus on Technology and Innovation

We are constantly looking for innovative solutions for our business. We are proud to bring the latest in the segment to our different audiences. Technology is our ally to keep evolving